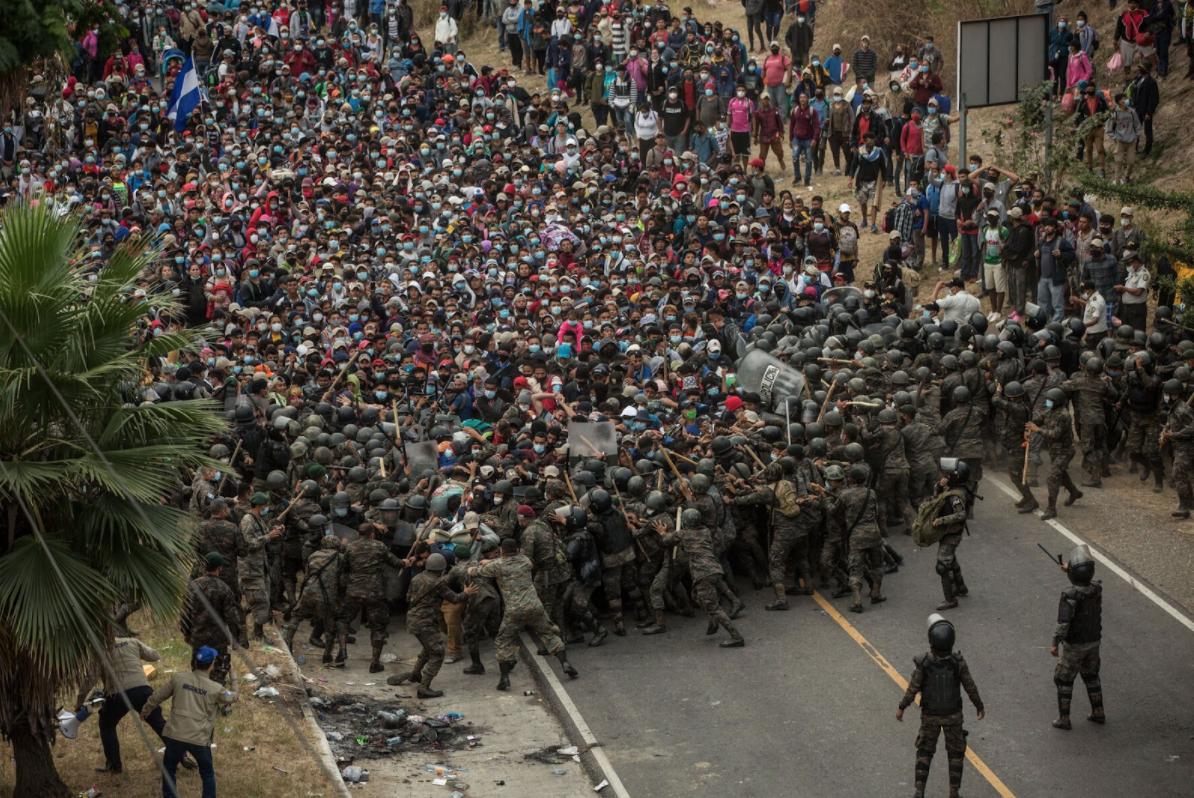 On Sunday, an anonymous source from President-Elect Joe Biden’s transition team revealed that the former Vice-President is urging individuals who plan to join the migrant caravan to hold off their plans- for now.

According to a report from NBC News, the incoming admin official admitted that while the Vice-President had promised to provide a more lax immigration policy, illegal immigrants still “need to understand they’re not going to be able to come into the United States immediately.” The Biden official warned migrants, “don’t come” as it might not be the best time to make the journey to the U.S. However, the source assured illegal aliens that, “help is on the way.”

As Biden prepares to take over the White House on January 20th, reports cite that a caravan of migrants are moving north in hopes of seeking asylum in the U.S. The caravan is mostly made up of 10,000 Honduran illegal migrants who had left the city and moved into Guatemala on Friday. However, the anonymous source stated that migrants cannot expect that the situation will change “overnight.”

The official explained that it is not safe for them to make the journey, since the new administration is yet to put safety processes and measures in place for their own protection.

The news came after Biden promised to reverse some of Trump’s key immigration policies including ending the Migrant Protection Protocols (MPP) or otherwise known as the Remain in Mexico policy. The program generally allows migrants to stay in Mexico while awaiting for their political asylum hearings. While critics cited that the program was both risky and cruel, the MPP had removed important factors that encourage illegal migrants to stay in the U.S.

In a statement by migrant rights group Pueblo Sin Fronteras, the organization praised Biden’s strong commitment to help illegal migrants and demanded that the President-Elect honor such commitments.

While Biden rejoiced at the mass migration, Guatemalan President Alejandro Giammattei demanded Honduran authorities to contain the mass migration, citing it as a clear violation of the country’s “sovereignty.” Giammattei stated, “The government of Guatemala regrets this violation of national sovereignty and calls on the governments of Central America to take measures to avoid putting their inhabitants at risk amid the health emergency due to the pandemic.”

In an effort to halt the caravan, Guatemalan security forces clashed against thousands of illegal migrants on Sunday. The authorities greeted the migrants at Vado Hondo, Chiquimula, near the Honduras border as thousands of illegal aliens attempted to join the bigger caravan which had left Guatemala a day before. The new caravan is marked as one of the biggest caravans that had left Central America since 2019.