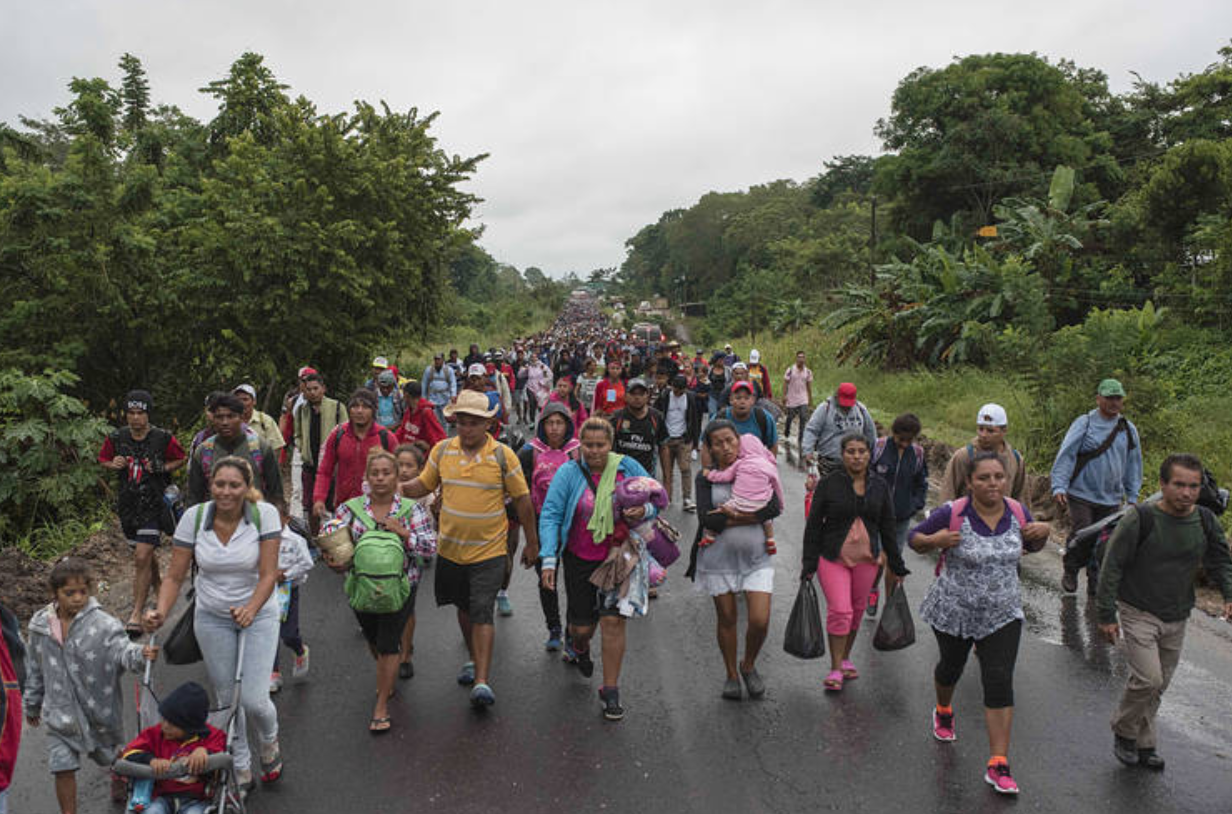 President Donald Trump has warned that caravans of migrants are getting ready to storm the border once Joe Biden becomes the president. He said that the migrants are mobilizing now in anticipation of the Biden presidency. “They’re coming because they think that it’s a gravy train at the end. It’s going to be a gravy train. That’s what they’re looking for. They’re looking for the gravy,” the President said.

The President said the statement during an event in Texas which marked the completion of the 450th mile of the border wall. He warned that when Biden eases the restrictions he has placed on immigration, then there would be a surge of coyotes and criminals flooding over the border.

“They’re literally waiting,” the President said. “Big big groups of people. Some of them are very unsavory, I might add. The safety of our nation must come before politics. We have many disagreements in the country, but we should all agree [on] the urgent need to secure our borders,” he added.

Biden has promised that he would be giving amnesty to the million of illegal aliens within the United States. That would attract millions more to try and come over. The flood could overwhelm the states that share borders with Mexico.

Criminals and gang members join the caravans of immigrants that try to cross the border. Even the migrants who are not gang members can cause problems. They would flood the labor market and lower the wages that Americans are getting.

Joe Biden has not only promised to give amnesty to those who are already in the United States, he has also plans on removing the restrictions that have prevented the caravans from getting into the country. President Trump has negotiated treaties with several countries that allowed the migrants to be sent back to them as their cases for asylum are still being processed. With those deals gone, migrants would come flocking in.