A Witch Altar Was Found in a Border Stash House, Meant to Protect Illegal Immigrants 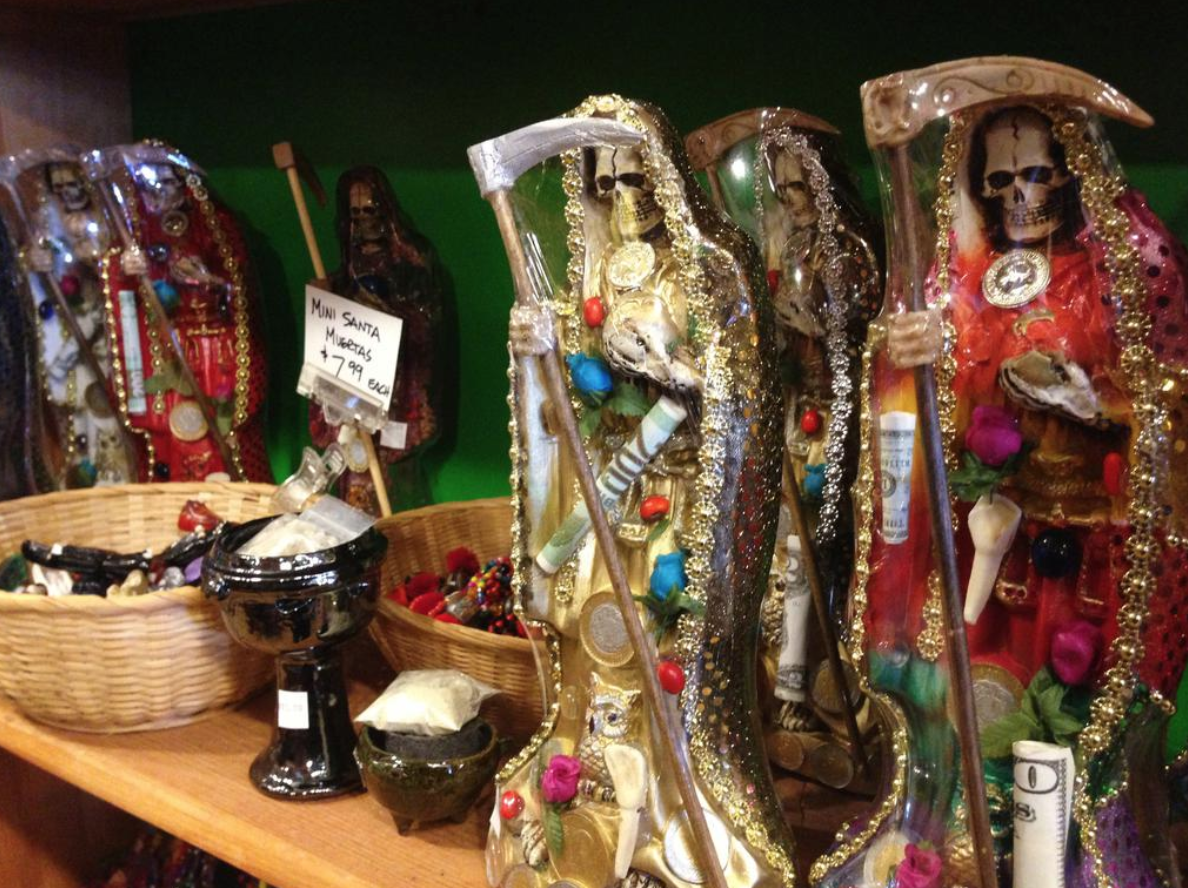 Border authorities recently uncovered a witch altar at an apartment in Monterrey, Nevo Leon. The altar was allegedly used for religious services to protect illegal immigrants from border authorities.

During a raid at a stash house near the Mexico border, authorities discovered a witchcraft altar, along with a dozen illegal immigrants. According to the reports, the apartment temporarily housed aliens while also a form of spiritual protection against the authorities.

The authorities raided the area after their neighbors reported that they could hear strange noises and smell coming out of the apartment. The police then arrested an illegal Cuban immigrant named Reynaldo. Allegedly, the man was running a sect in which he performed religious rituals for immigrants, with a promise that it would give them immunity from the authorities. The police also detained 12 illegal immigrants including, three Mexican, six from the Dominican Republic, and one from Guatemala.

The police would later turn over the illegal immigrants to Mexican authorities. The raid followed several recent arrests along the border.

As former Vice-President Joe Biden is set to take over the White House, the Democrat vowed to overturn President Donald Trump’s strict immigration policies. In fact, Democratic Rep. Zoe Lofgren plans to have a green card giveaway and add it to the year-end omnibus bill. According to insider information, Lofgren would like to supply green cards for 400,000 Indian and 700,00 for Chinese visa workers in Silicon Valley. The staffer noted that it would help tech companies access cheap labor instead of hiring American graduates.

Other Democrat-run states, such as California, also announced that they are set to release around 250 illegal immigrants in the U.S. A court order at Adelanto, California, mandates the Immigration and Customs Enforcement (ICE) to release immigrants and instead place them under the Alternatives to Detention (ATD) program where will be attached with a GPS bracelet.

In addition, Biden’s running mate, Sen. Kamala Harris, also vowed to implement an amnesty in the first 100 days of the Biden-Harris administration. During her speech at the National Immigrant Integration Conference, Harris vowed that she would restart the country’s immigration policies by providing an amnesty for 11 to 22 million illegal immigrants. In addition, the new administration would also undo Trump’s travel ban on countries that he believed export terrorism.