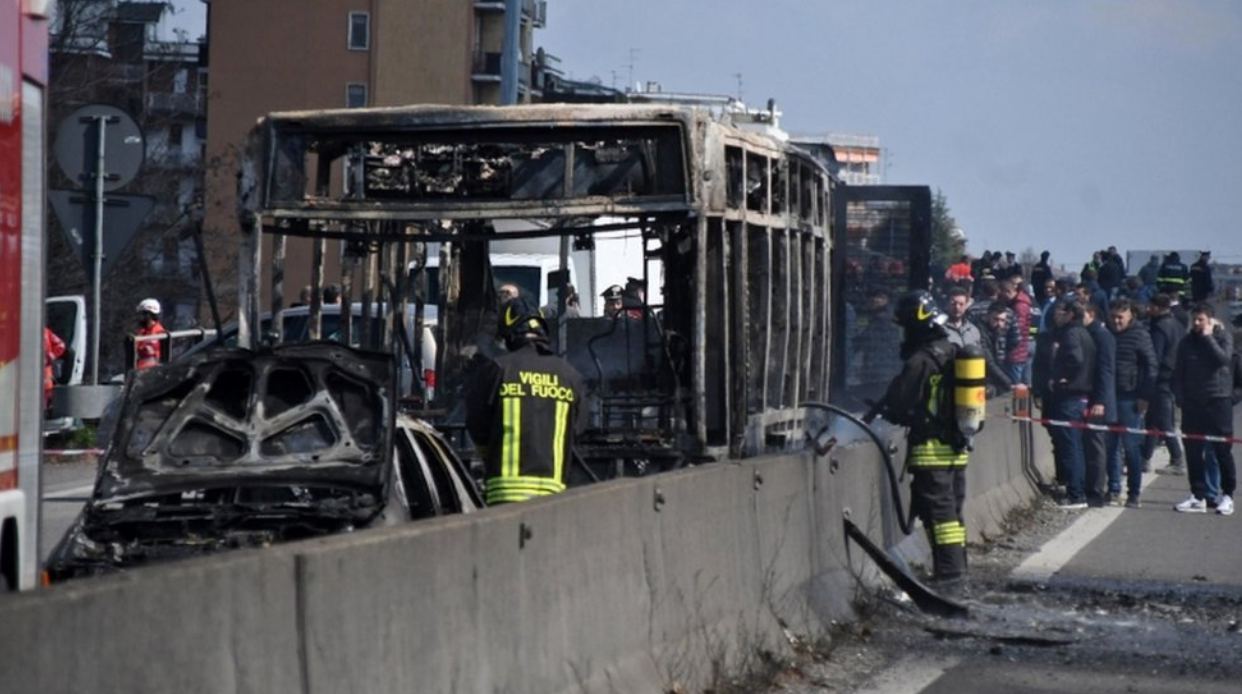 A video of an African migrant who tried to burn a bus full of Italian children has emerged after being suppressed by authorities in order to protect the Senegalese suspect. In the video, Ousseynou Sy expressed his hatred of Italians and made some very racist comments against the people who have hosted him.

The African recorded the video right before he hijacked a school bus that was full of more than 50 Italian children, two teachers, and a janitor in Milan back in March 2019. The video was discovered by authorities right after Sy’s arrest but the authorities did not release it because they wanted to protect the migrant. The newspaper was able to get hold of a copy of the video and published parts of it. The entire video is reportedly 37 minutes long.

Ousseynou Sy’s motivation for trying to burn the bus and the more than 50 school children riding it has been known since last year but the video offers a powerful confirmation of it. It also confirms that the migrant is a rabid racist who hates Italians. He claims that Italians do not care that Africans like him were drowning in the sea.

“You suck, sons of bitches, you suck. You’re exploiting us, you’re sucking us dry, you’re slaughtering us,” the African migrant said in the video. “Ugly sons of bitches, why do we come to you? Why do we knock on your doors? You don’t care. You just care about having your belly full (…) you fill your belly with your tomato pasta dishes and talk about migrants without knowing that those shitty tomatoes you’re eating have been harvested in 50 degrees in the shade by migrants,” he added.

He ended the video by saying “Enough is enough. It has to stop. Children of Africa, it is better to die fighting.” After that, he hijacked the bus with the children in it. What’s concerning is that the authorities were more worried about the welfare of an African immigrant who tried to massacre innocent Italian children than revealing the truth.

The African abused the children while he was holding them on the bus. It was revealed through the testimonies of the children that he handcuffed them and threatened to burn them alive.