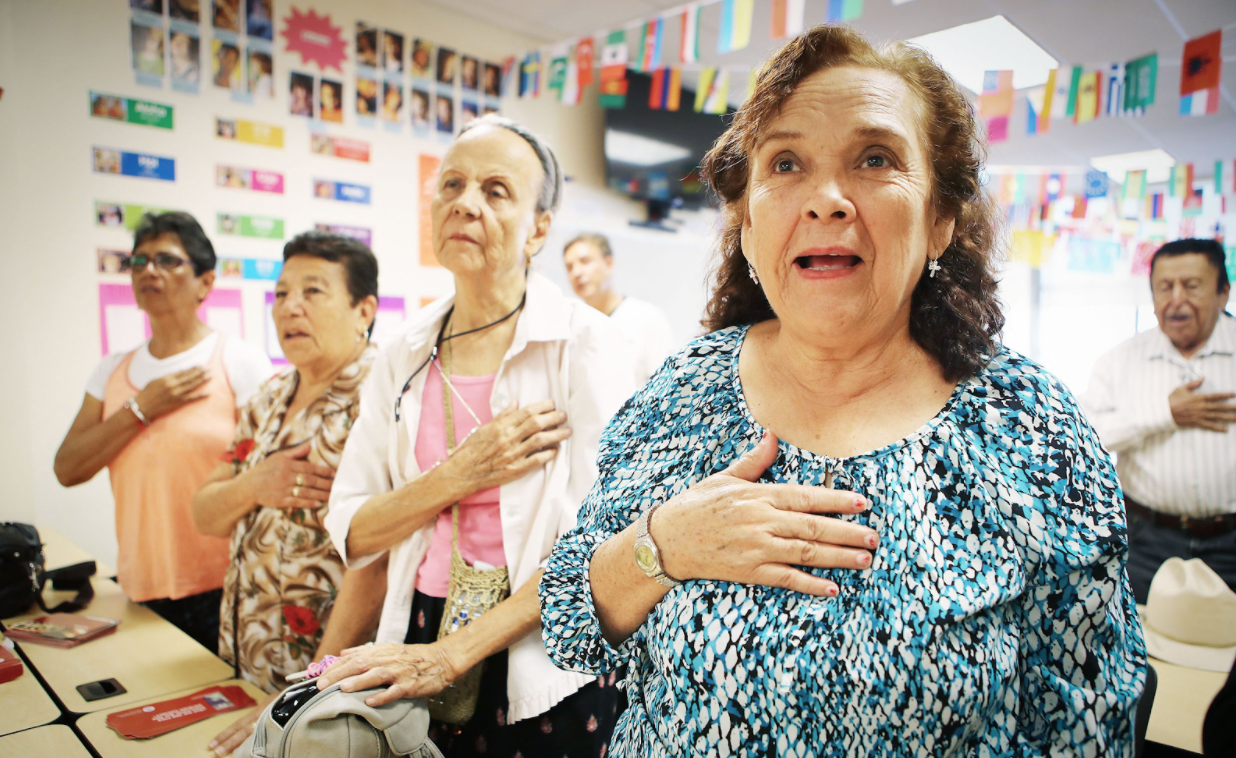 Immigration Impact, an immigration activist group is objecting to the changes in the American citizenship test, which they say would make it more difficult for people to pass. They want the test to be easier so that more immigrants from all over the world can flood and change the demographic of the country.

Those who want to become an American citizen must first pass a test about American history and government. The U.S. Citizenship and Immigration Services (USCIS) recently announced a few changes to the test. “With the 2020 version of the civics test, the USCIS officer will ask you to answer 20 out of the 128 civics test questions. You must answer at least 12 questions correctly to pass the 2020 version of the civics test. All questions on the test are asked orally.

“There are no changes to the English portion of the naturalization civics test. You must demonstrate an understanding of the English language, including the ability to read, write, and speak basic English,” according to the USCIS.

Failing the test for the first time is not the end of the road for an aspiring immigrant. The applicant will be retested on the part that he or she failed. That can happen from 60 to 90 days of the initial test.

Immigration Impact and other groups like it see the changes in a different light. If it was up to them, they would do away with the tests and let in anyone who wants to come into the country. The group’s statement states that “A longer and more challenging test will likely prevent some immigrants from becoming citizens. It will also delay the citizenship process for hundreds of thousands more who are already waiting in months- or years-long backlogs.”

The group also objects to what they say is giving a political slant to the questions. For example, there are questions asking why the United States entered the Korean and Vietnam War. The answer to the questions is, “To stop the spread of communism.” The far-left group objects to portraying communism in a bad light.