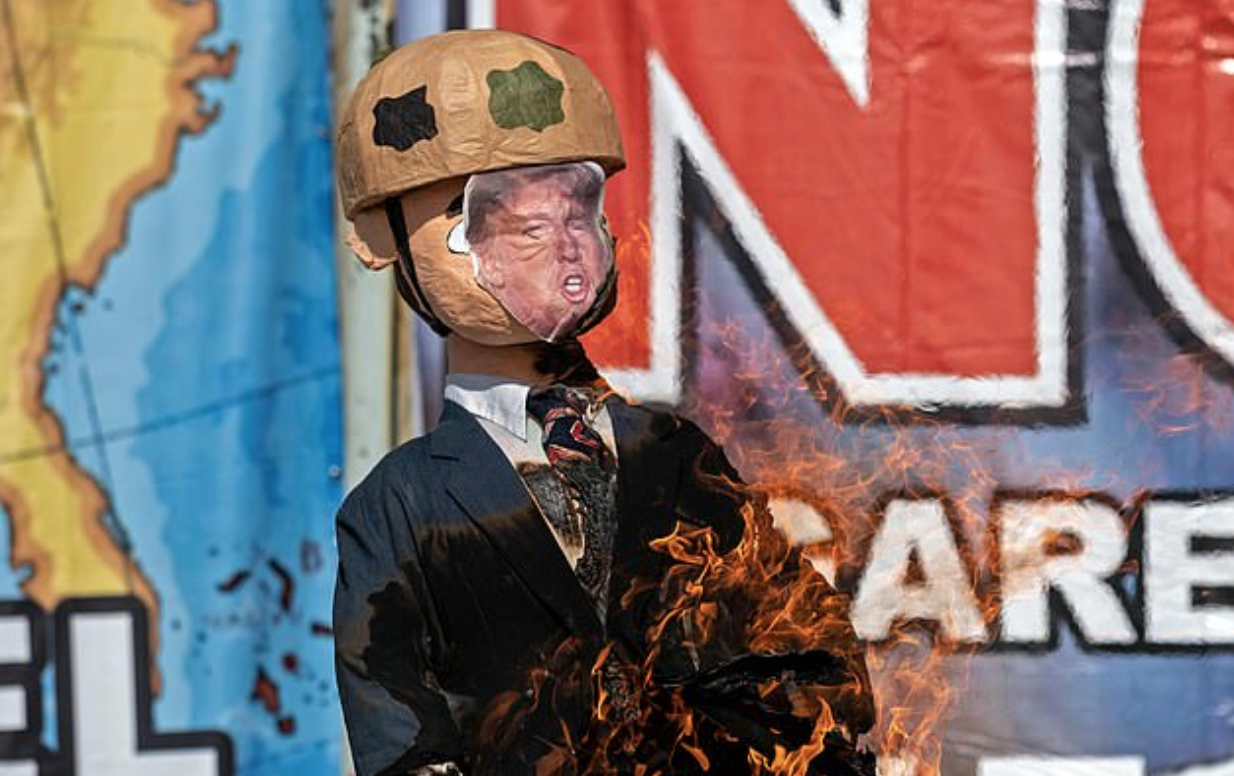 Migrants who are eagerly waiting in Mexico to enter the United States illegally burned an effigy of President Donald Trump over the weekend. Footage of the incident shows a group of migrants as they burned a crude effigy that’s supposed to represent the President. Some of the potential illegal aliens were carrying signs in support of Joe Biden, who has expressed support for illegal immigrants, while an expletive-laden song was playing in the background.

The incident took place in a makeshift camp located in Matamoros. The people there are waiting for their asylum hearings so they can set foot into the United States. Most of the people in the camp are from Central America and are part of the caravans that made their way through Mexico and attempted to break through the border.

In a video that was shared online, the migrants can be seen carrying the effigy near the banks of the Rio Grande. A song was playing in the background with the lyrics, “F*ck your mother, Donald Trump.”

The migrants are hoping that if Biden wins the presidency, the American government will become more lenient with the rules, and the borders restrictions will be relaxed. Some are even hoping that there would be open borders, and it’s not that far fetched. Democrats have expressed their support for an open border policy that would allow foreigners to come freely into the United States.

Another policy that illegal immigrants are hoping for are benefits like healthcare. Biden and the Democrats have promised that even illegal aliens will be getting healthcare under his administration. Such an expensive project of course will be shouldered by tax-paying Americans.

The description that Twitter gave of the link states that “The link you are trying to access has been identified by Twitter or our partners as being potentially spammy or unsafe, in accordance with Twitter’s URL Policy. This link could fall into any of the below categories,” and then it lists down categories.