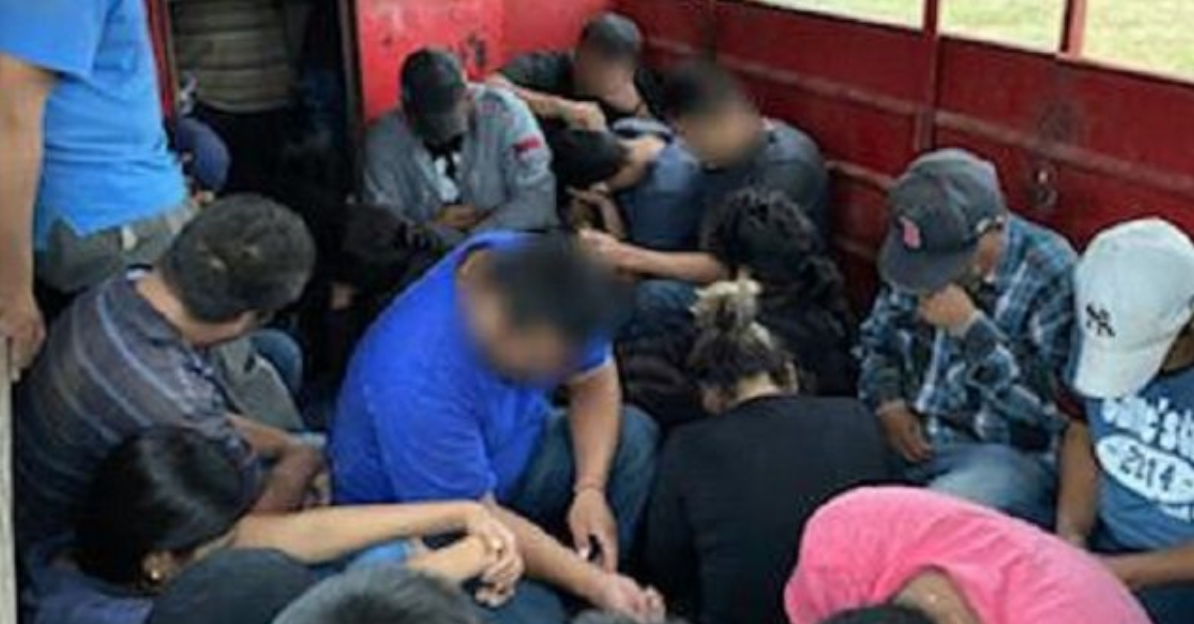 Last week, Laredo Sector Border Patrol agents caught a human smuggling attempt after the discovery of 42 illegal migrants that were cramped inside a horse trailer.

The said vehicle was pulled over near the U.S. Highway 83 interior immigration checkpoint. The agents observed that a pickup truck was pulling a horse trailer inside a ranch. Upon inspection, the driver suddenly ran out of the truck and hid in a nearby bush. Most surprisingly, the agent found 42 people crammed inside the trailer and another in the car’s passenger seat as a part of a human smuggling attempt.

When the officers finally interviewed the 43 people found in the vehicle, they identified that all of the passengers were illegal foreign nationals from Mexico and Honduras. Agents also confirmed that the vehicle was not stolen and was handed over to the Texas Department of Public Safety troopers.

The agents were also horrified and frustrated by the poor living conditions and lack of regard for safety that the migrants had to endure. In a statement, Laredo Sector Chief Patrol Agent Matthew J. Hudak said that “The photos in this incident are clear evidence that smugglers have no regard for the safety of the people they are smuggling and for the public.” He continued that none of the illegal migrants were provided with PPEs and were placed in cramped spaces over a lengthy period of time. He also noted that the living conditions might expose and spread the COVID-19 virus. Hudak also vowed, “Whether in a remote ranch area like this or within the city, our agents remain vigilant to stop all threats along our border.”

In addition, based on the guidelines that were provided by the Centers for Disease Control and Prevention, the illegal migrants would be deported back to Mexico after the agents have concluded their investigation and have conducted a health screening on all 43 passengers.

Two days after the illegal migrants were found in the horse trailer, federal agents also discovered 55 more aliens in a stash house in Chaparral, New Mexico. The Border Patrol along with agents from the Department of Homeland Security and Immigration and Customs Enforcement’s Deportation, raided the property.

Initially, the federal agents claimed that they had arrested seven undocumented migrants in El Paso International Airport. Upon interview, the migrants directed them to a stash house. In the days that followed, another 37 more people were also discovered in a different stash house in El Paso Lower Valley.