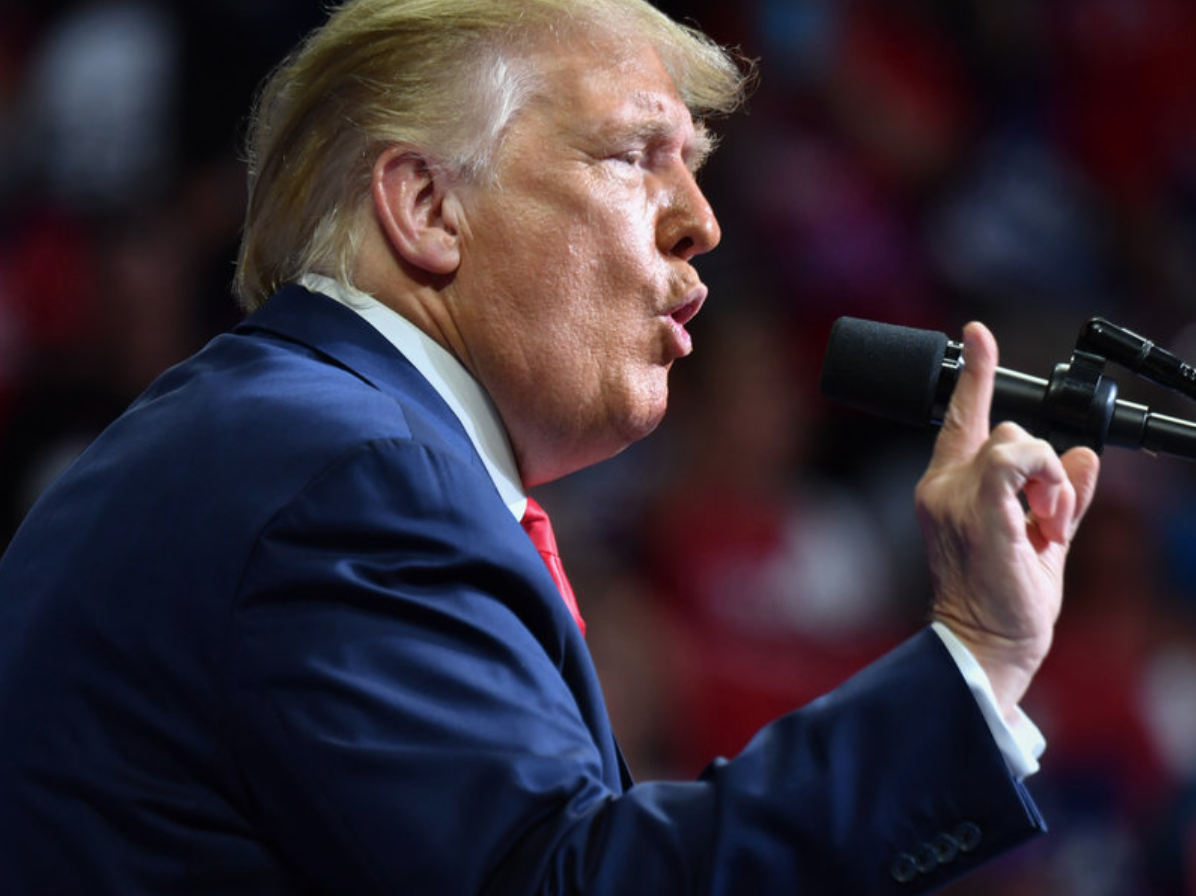 From defunding the police to lawsuits that aimed to dissolve the National Rifle Association (NRA), the Democratic machinery is in the works of disarming American citizens, especially when violence and chaos had rocked the nation.

As a response, President Donald Trump issued a stern warning, citing that his opponent, presumptive Democratic nominee, and former vice president, Joe Biden will take away people’s 2nd amendment right if he is to win the upcoming November elections.

In a report from the Daily Mail, Trump expressed his concern over the lawsuit, which seeks to remove the NRA completely. “That’s a very terrible thing that just happened,” Trump said. The President also suggested that the group should move their headquarters from Richmond, Virginia to Texas, and lead a “beautiful life.” The President noted that he had offered the advice to move a long time ago, especially since the organization is “decimated” by the cost of fighting the lawsuit.

Trump also responded in a social media post, saying that “Just like Radical Left New York is trying to destroy the NRA.” He continued, “ if Biden becomes President, your GREAT SECOND AMENDMENT doesn’t have a chance. Your guns will be taken away immediately and without notice. No police, no guns!”

Just like Radical Left New York is trying to destroy the NRA, if Biden becomes President your GREAT SECOND AMENDMENT doesn’t have a chance. Your guns will be taken away, immediately and without notice. No police, no guns!

The issue erupted on Thursday when New York Attorney general Letitia James declared that she had filed a lawsuit against the NRA. James accused the organization of “fraud and abuse.” James claimed that they wanted to make them accountable for “illegal conduct,” which had violated New York’s charity laws. She also claimed that the NRA diverted millions of dollars from donations into their top leader’s personal finances.

James noted that NRA’s senior leaders, including Wayne LaPierre, had failed to manage the funds or follow state and federal laws. She believed that such mismanagement had cost the organization a whopping $64 million within just a span of three years.

In their defense, the NRA also filed a countersuit against the AG after she had a “political prosecution” against the gun-rights group. They also noted that James had used anti-gun messages as a “central theme”’ in her own 2018 campaign, even going as far as to call the legitimate organization as a “terrorist group.” The organization sued her for defamation as well as violating people’s first amendment rights.

Even NRA’s senior leaders, including LaPierre, had strong words against James. In a social media post, he claimed that the AG’s action was a threat to the country’s democracy and freedom. He also described the lawsuit as an “unconstitutional” and premeditated attack in its intent to take down and destroy the NRA.

LaPierre said, “The NRA is well-governed, financially solvent, and committed to good governance. We’re ready for the fight. Bring it on.”

(2/2) The NRA is well governed, financially solvent, and committed to good governance. We’re ready for the fight. Bring it on.”